Difference between Crocodiles and Alligators

Distinguish, differentiate, compare and explain what is the Difference between Crocodiles and Alligators. Comparison and Differences.

Difference between Crocodiles and Alligators

1. Crocodile has tan or greenish gray skin whereas Alligators have dark gray or black color.

3. Crocodile has a narrow head and a long snout. Alligator has a wide head and wide "U" shaped snout.

5. Crocodile lays about 50 eggs whereas Alligator lays about 45 eggs. 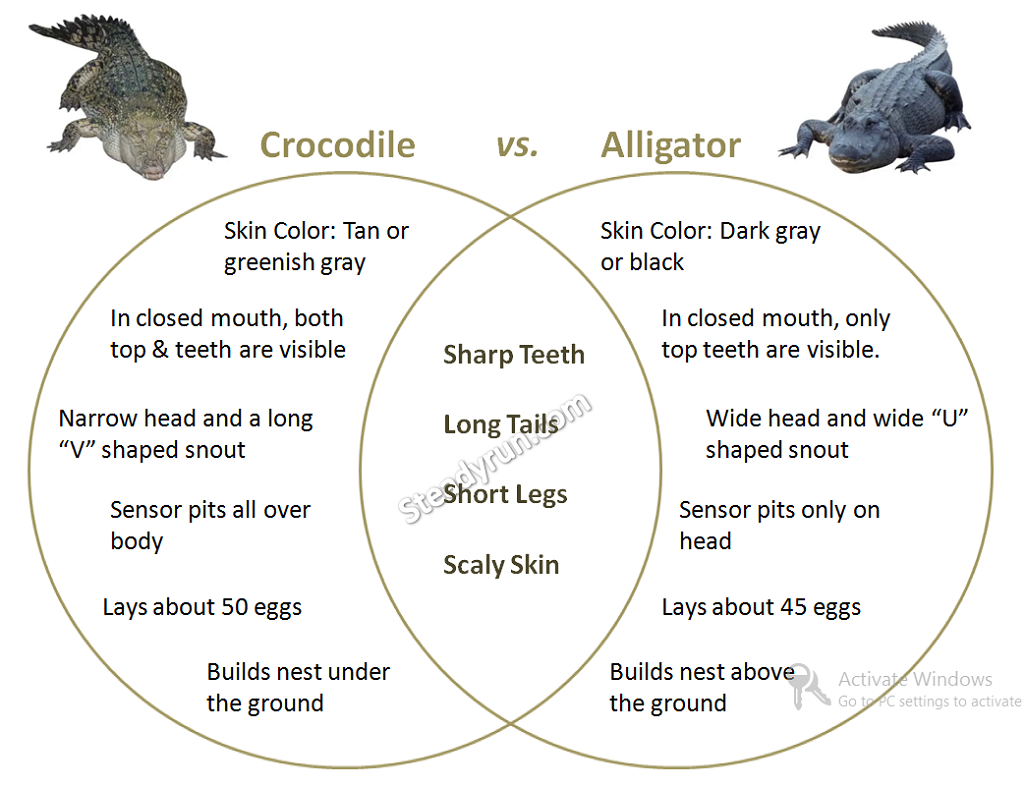 Similarities between Alligator and Crocodile

The alligator and the crocodile share many characteristics and are easily confused. Both have long, powerful bodies carried close to the ground on their short legs. Their tails have lots of strong muscles to help them swim; they also use them as weapons to defend themselves. Their thick scaly hides also help protect them from the attacks of other animals. Both have long jaws that are lined with sharp teeth to grab prey. Their eyes, ears, and nostrils are located on the tops of their heads so that they may hide under water but still be able to see, breathe and hear above the surface of the water.

Difference between Alligators vs Crocodiles

Differences between Alligators vs Crocodiles