In Animal Crossing: New Horizons, players have a plethora of goods and services to choose from with their Nook Miles. Here are some essential purchases to make before embarking on a tour. 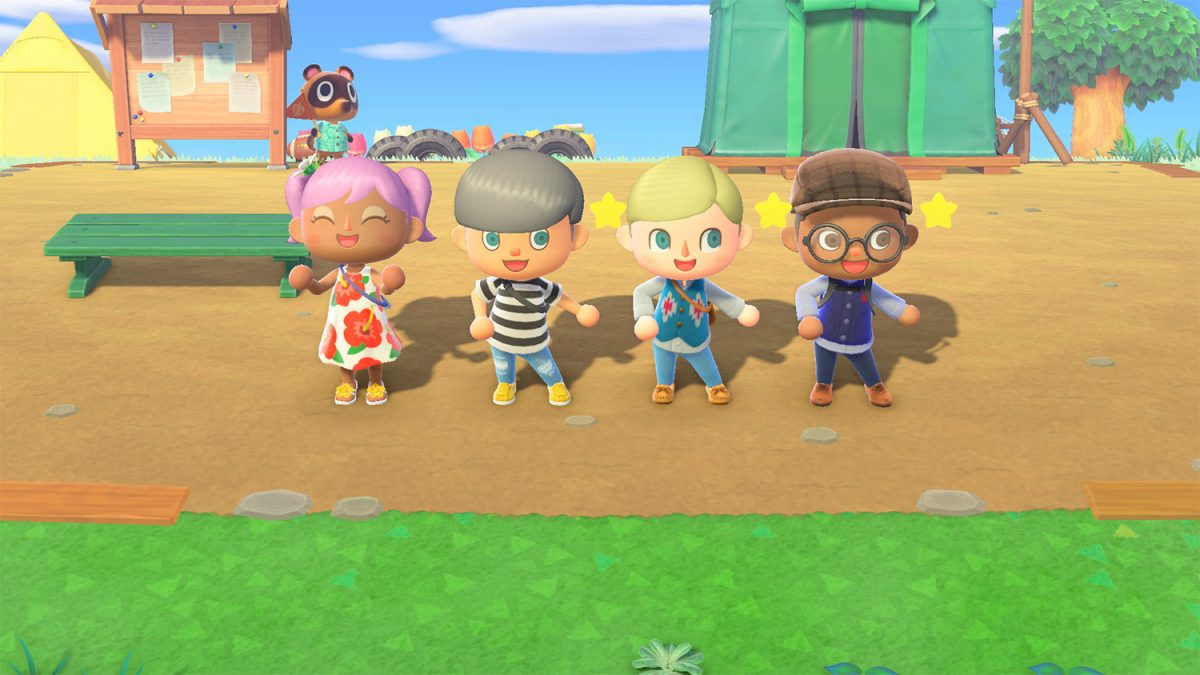 In Animal Crossing: New Horizons, players receive a large number of Nook Miles, and the plethora of options for spending them can make it difficult to determine which purchases are the most worthwhile to make. Players can earn Nook Miles by completing daily tasks such as catching a certain number of bugs or fish or conversing with different villagers, which were introduced in New Horizons. There are some Nook Miles purchases that players must make in order to progress in the game's early stages, such as setting up their tent, but after that, players are free to spend their Nook Miles in any way they see fit after that.

It is common for Nook Miles to be highly sought after due to the wide variety of items that can be purchased with them. Players can use miles to visit special islands in Animal Crossing: New Horizons by purchasing Nook Miles Tickets or by talking to Kapp'n in Animal Crossing: New Horizons. Generally speaking, these are excellent ways to spend Nook Miles when a player doesn't have much else to spend his or her miles on or, in the case of Nook Miles Tickets, when a player wants to search for a new villager to relocate to their island.

Before they get to that point, however, players will find that there is no shortage of goods and services to spend their hard-earned Nook Miles upon. Anyone who places a high value on character customization has access to five different hairstyles, several new eye colors, and even body paint options, all of which can be purchased with miles. Players who enjoy interacting with their fellow players in multiplayer may want to purchase the reaction sets as soon as they become available. Aside from that, there are many different types of furniture that can be used to dress up almost any island. However, there are some purchases that every player should make, regardless of how important island life is to them in Animal Crossing: New Horizons at the time. These items and upgrades will always be useful; even after hosting an island for several years, players will continue to make use of these items and upgrades. After the player has settled in, they can use their miles to purchase items that are more specific to their needs, such as paying Kapp'n to take them to a specific island or stocking up on nook miles tickets to search for specific villagers in a specific village.

Purchases of Nook Miles that are required in Animal Crossing: New Horizons

One of the first items players should purchase with their Nook Miles is the "Tool Ring: It's Essential!" item, which costs only 800 Miles. It is one of the most affordable items available. New in Animal Crossing: New Horizons is the tool ring, which enables players to assign up to eight different tools to an easy-to-reach shortcut menu on their keyboard or mouse. Once unlocked, this menu can be accessed by pressing the up arrow on the D-pad while outside the game. A major quality-of-life feature in Animal Crossing: New Leaf is the ability to quickly switch between up to eight different Animal Crossing tools on the fly. This makes playing the game extremely convenient as well as individualized. The tool ring can be filled with tools such as axes, fishing rods, and nets by players who want to concentrate on catching critters, while players who want to redesign their island can assign axes, shovels, and the vaulting pole to their tool ring. Players who are hosting a get-together may want to substitute drinks, fireworks, and a balloon for the traditional ringside seating.

Another essential Nook Mile purchase is "Be a Chef! DIY Recipes+," which is available for $2.99. This 3,000-mile item unlocks the ability to cook and includes eight different starter recipes to get you started. Adding cooking to Animal Crossing: New Horizons in the 2.0 update was a much-anticipated addition, and the extensive catalog of recipes made it well worth the wait. Using a combination of fruits, fish, and harvestable ingredients, players can create a plethora of delectable treats that can be consumed to restore energy, sold for animal crossing bells, or simply placed around the game world as decoration.

Animal Crossing: New Horizons' island life necessitates the use of "Pretty Good Tools Recipes," which can be obtained through various means. This item, which costs 3,000 Nook Miles, teaches players how to make high-quality tools from scratch, including the stone axe and regular axe, the fishing rod and net, the shovel and watering can, and the axe and watering can. In New Horizons, it's important to understand how to craft these common tools because even their golden versions can break, resulting in players being left with no tools if they aren't careful. Because Bells are expensive in Nook's Cranny, having access to the DIY recipes for these tools is beneficial for saving Bells, as well as being useful in situations where players do not have access to the store, such as when they are on a Nook Miles island tour or when the store is simply closed.

Nook Mile purchases can also be used to enhance the functionality of the Island Designer app. Aside from the default grass and dirt paths, players have the option to purchase eight different ACNH island designs. With the exception of the custom design path, which costs 2,300 Nook Miles, each path costs 2,000 Nook Miles. Paths are essential when it comes to customizing New Horizons islands, and they can have an impact on more than just the way the ground looks. For example, coconut trees can be planted on sand paths, allowing players to plant them anywhere they want, not just on their island's beaches, allowing them to expand their island's biodiversity.

The "Pocket Organization Guide" and "Ultimate Pocket Stuffing" items are the final two Nook Miles purchases that players must make in order to complete the game. These are some of the most expensive purchases players will make with their miles, costing 5,000 and 8,000 miles, respectively. However, the convenience they provide more than makes up for the cost of the purchases. Every one of these Nook Mile items increases the capacity of a player's pockets by ten spaces, which is a significant improvement over the 20 spaces available at the start of Animal Crossing: New Horizons. Players can hold up to 40 items in their inventory after making both purchases, which is extremely useful in any situation. Players will always benefit from having the most available pocket space, whether they're going on a shopping spree, villager searching on New Horizons' mystery islands, gathering materials from Kapp'n island tours, or redecorating their island on a large scale.

A Storage Shed furniture item and the Wooden Storage Shed DIY recipe are excellent purchases for players who want to redecorate their island because they allow them to access their home storage from wherever they place the shed. Animal Crossing: New Horizons Nook Miles Spending Later

Both the item and the DIY recipe have a mileage cost of 6,000 miles, which can be quite expensive. Players who want to save miles and aren't bothered by the Mario series' aesthetic can instead purchase two Warp Pipe items with Bells, placing one Warp Pipe near their home and keeping another Warp Pipe in their pocket for fast travel. It is true that there aren't as many replacement fences available, but players can purchase up to 22 different kinds of fences and even customize their Animal Crossing: New Horizons fencing through Nook Mile purchases in Animal Crossing: New Horizons. The cost of 1,000 miles for each recipe, as well as the 2,500 miles for the ability to customize them, is well worth it because fences are an essential part of island decoration.

Search More Topics on the Web